My 32nd trip around the sun, in summary.

December 21, 2017: Rang in my birthday at a Four Points Sheraton in Downtown Manhattan. Was a little inebriated but it doesn’t take much to get me drunk does it?

Spent Christmas in DC with my brother, a dear friend and her dog. Rang in the New Year at a Marriott in Midtown Manhattan, while eating take out Panda Express. Yes, I do it in style.

Flew to Jamaica to be a brides-maid-man-of-honorers for one of my dearest friends. Danced in wet mud, on a beach, in pouring rain. Flew back to New York to the blistering cold. Went to Mexico, to eat my heart out. Celebrated a friend’s birthday in Oaxaca. Picked up a bad bout of food poisoning — spent a night on google translate to tell the doctor what was going on. Got well enough to fly back to New York. Walked out of my hotel to a “Now Leasing” sign and signed a lease. I was about to have a home again, after being on the road for 2 years. Cancelled a trip to India but ended up naming an orphaned elephant; Asha — it translates to Hope.

Excitement and anxiety set in as I was getting ready to **move into a small tiny studio apartment, **after being voluntarily homeless for 2 years. Moved in. Got a plant as a present. It was a succulent and I managed to kill it. Established my longest streak (in 6 years) of days without flights — 32.

I had “settled down” but I wasn’t going to stop traveling. Took a helicopter to JFK. Got on a plane to Oman, oh man. Went to Dubai, stayed in a hotel looking out at the tallest building in the world. **Got to see the oldest wonder of the world — the Pyramids of Giza in Egypt. **Hiked to the monastery in Petra and glamped in the deserts of Jordan. 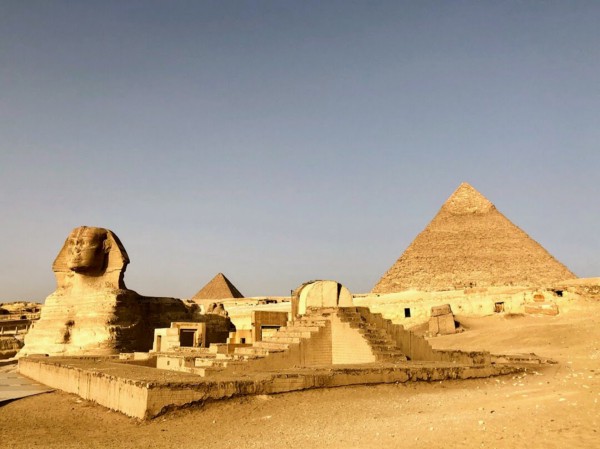 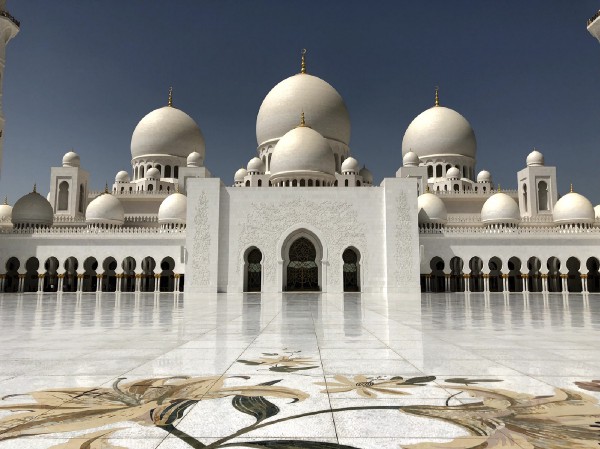 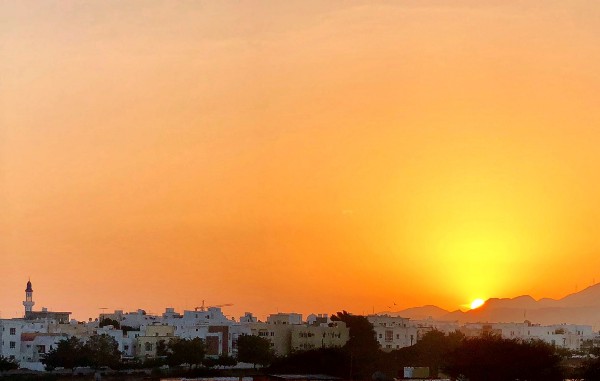 Helped a reporter uncover a story about Grindr sending HIV statuses of its users to 3rd parties. Got my first ever byline. Made the footnotes of a congressional inquiry! Flew to Vegas to get my childhood friend shit faced before he took the plunge to get married. Flew to DC to bask in the blooming cherry blossoms. And see two of my college friends tie the knot. 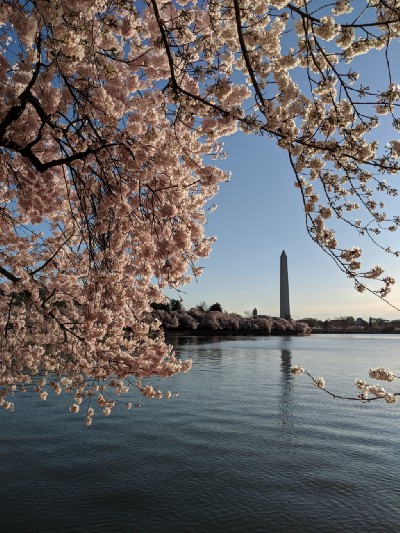 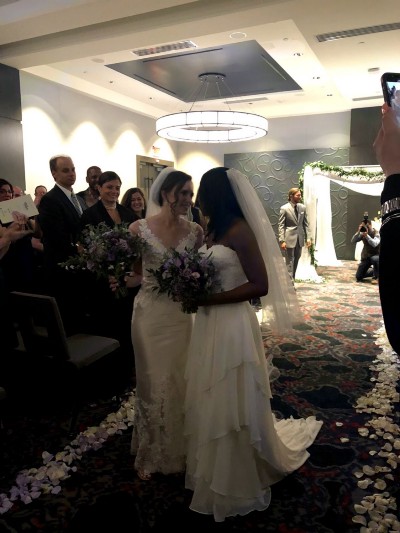 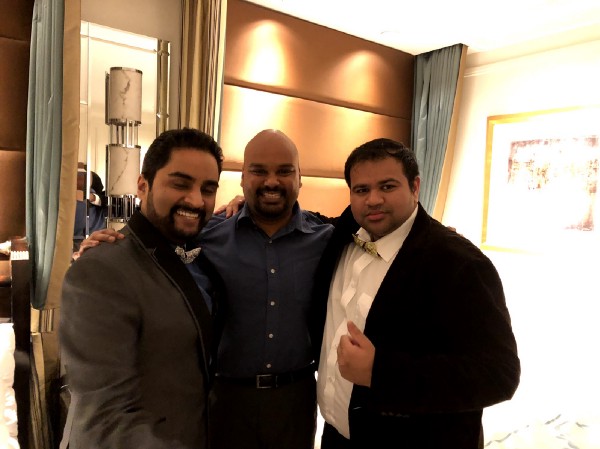 Flew to Detroit to celebrate yet another friend get married. Flew to India. Ate food off the streets of Bombay. Reconnected with my birth town — Chennai. Okay, mostly just the food! 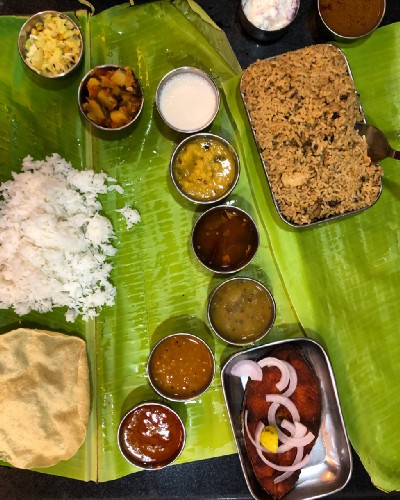 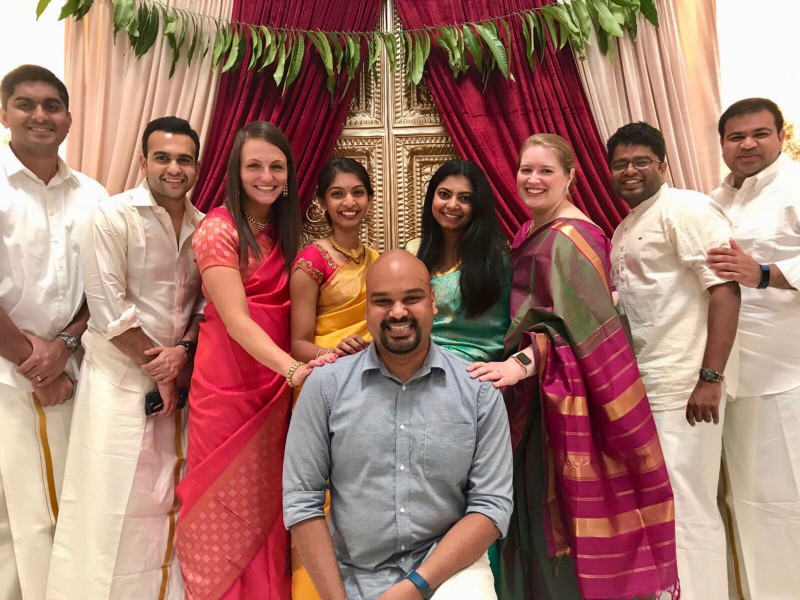 Cancelled a trip to Peru the night before I was supposed to fly out. Flew to Singapore instead. Hawker stalls are amazing and have Michelin stars. Flew to Cleveland to drive a U-Haul to Boston, to help my friend move. Went upstate to partake in my childhood friend tying the knot. 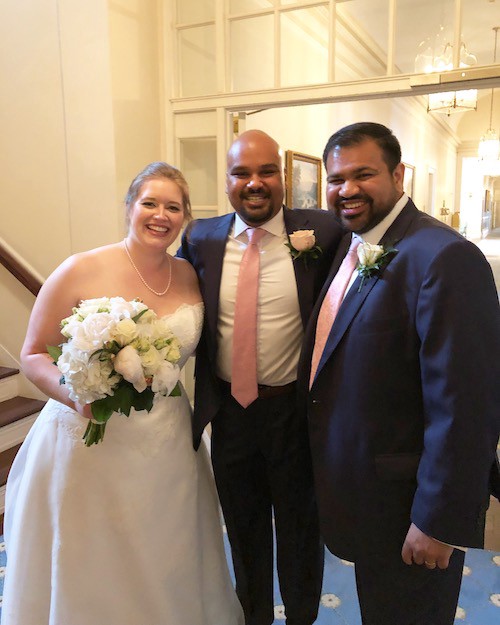 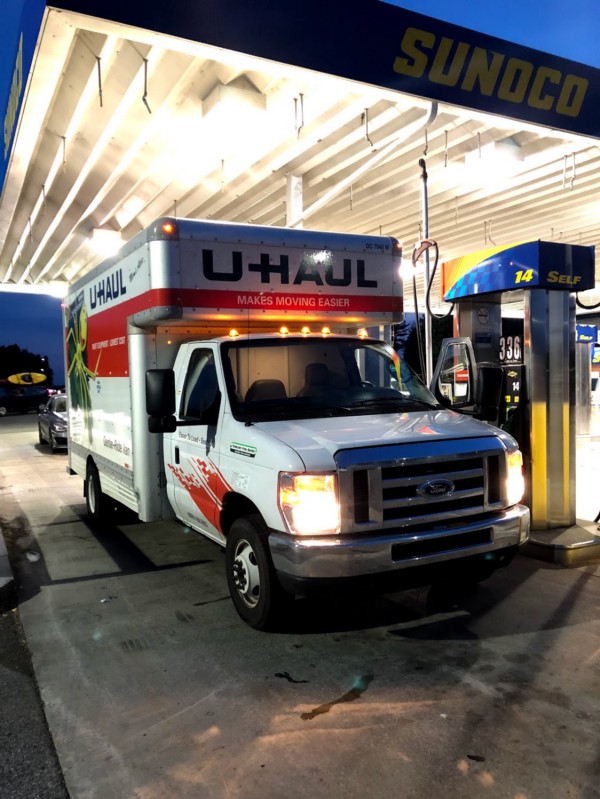 Crazy 52 hour trip to Peru. Went to Machu Pichu. Didn’t acclimatize and hiked to 17000 feet at Rainbow Mountain. Terrible idea, always acclimatize. Flew to San Diego, to rent a car to drive to LA at 3am. Met with my boss over breakfast. Walked into a Target to buy undies and composed an email to quit a job I loved. All good things come to an end, and it was time. 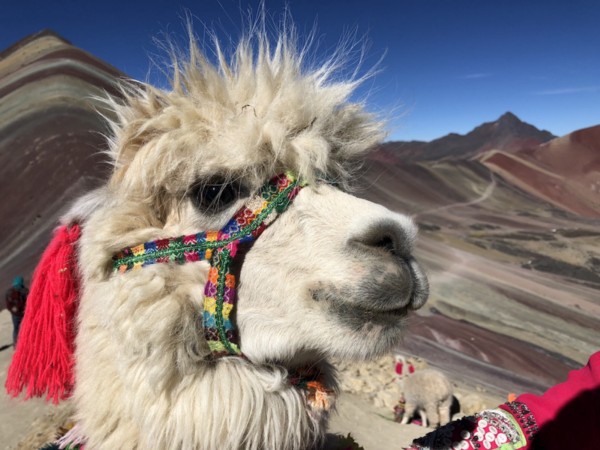 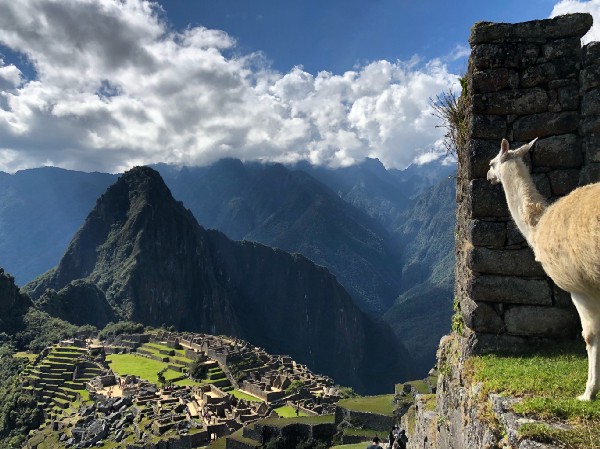 Flew to SF. Gave my formal 2 week notice while staying at the same hotel I was in when I accepted the offer 4 years ago. I believe in going full circle. I was unemployed with nothing lined up. Did the most logical thing and got on a plane to Bali. Picked up some contract work to keep busy while looking for what was next. I have never had a “job”, I’ve always done what I love and happen to be paid for it. I wanted to keep it that way. 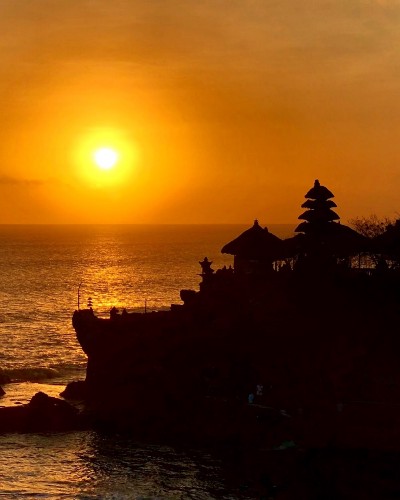 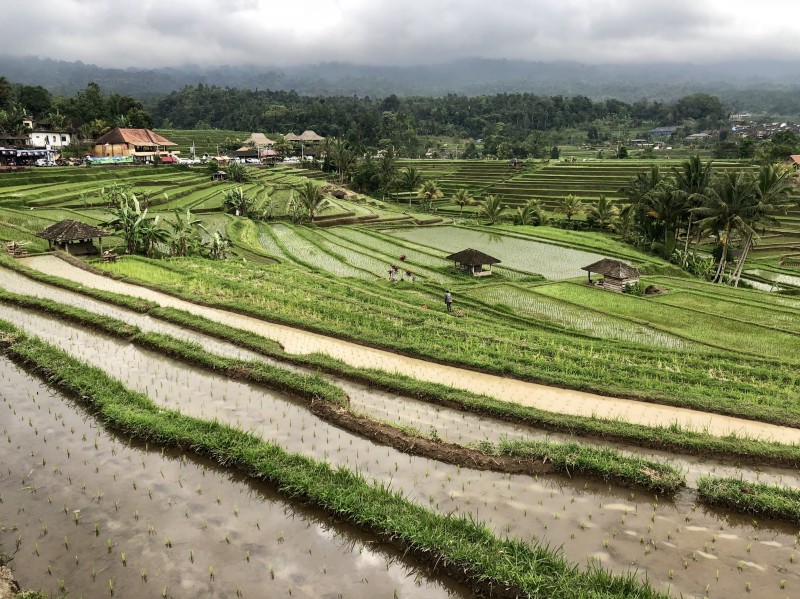 Drove a friend and her belongings from NYC to Florida. Got a speeding ticket in North Carolina. Came back to New York and flew back to Bali. And onto India. Responded to a DM request on twitter from a recruiter. Wasn’t sure if it was spam. It was a company I adored and 3 weeks later, I had signed the offer to work for them. The entire negotiation took place over Twitter and Instagram DMs. She literally slid into my DMs, what can I say.

Flew to Korea to be at my friend’s wedding. I met him while boarding an AirAsia flight in Manila 5 years ago. Flew my 900,000th mile while on my way to onboard for the new gig in SF. Flew back to New York. Vowed to spend more time at home. 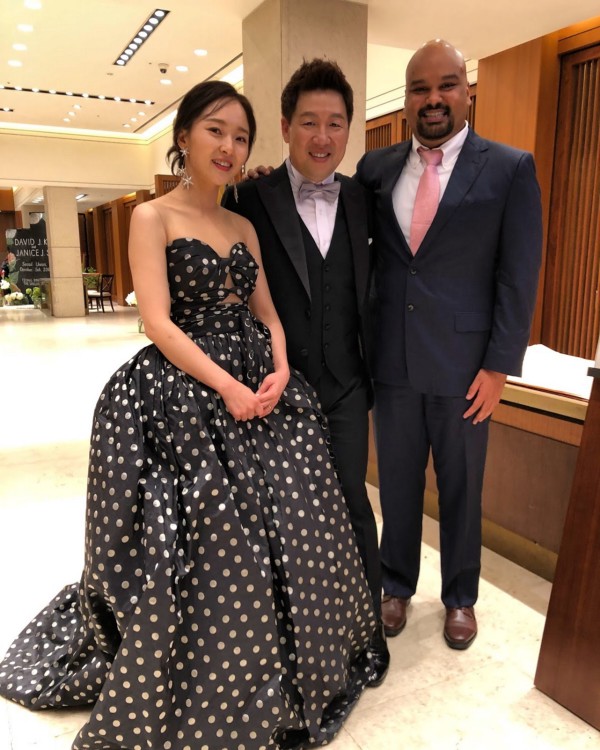 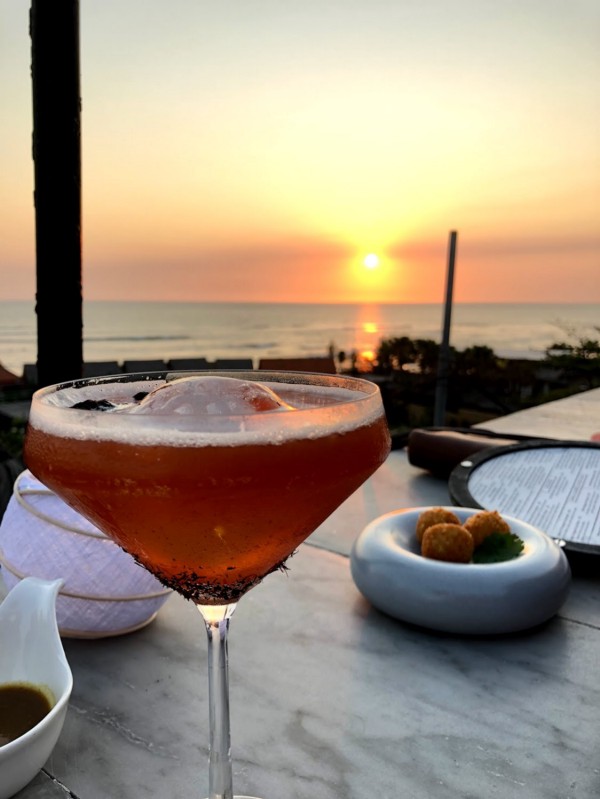 Spent most of the month at home. Shipped my first project 3 weeks into my new gig. Went on call within a month. Flew to Rio for thanksgiving. Its summer down there! 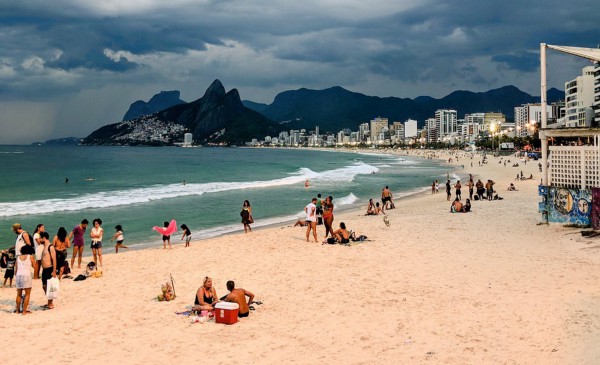 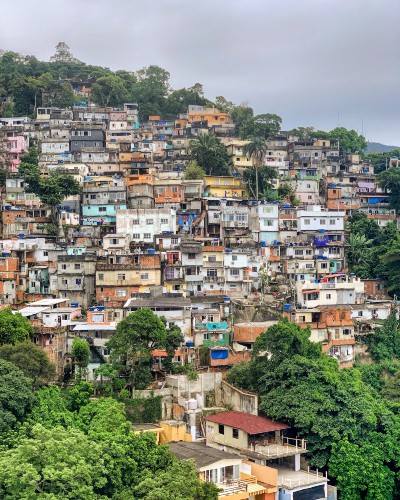 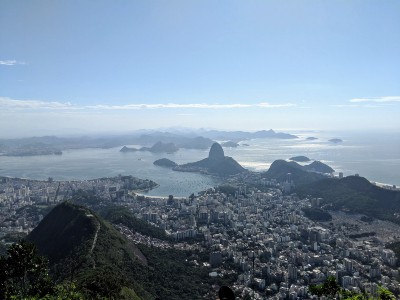 Flew to SF, carrying 4 oversized bags — my friend was moving and I get free checked bags. First time I had checked a bag in years. Flew to DC to pay my respects to my friend’s dad. Got on a flight to Hong Kong! Rang in my 32nd birthday in a hotel, while jet lagged. Woke up to catch the sunrise and got lunch with an old friend — all while not realizing it was my birthday until m,y mum texted me later! Here’s to 33!