With a combined population of less than 8000 - Baarle-Hertog and Baarle-Nassau are off the beaten tourist path. I will admit that not many people would crave to go there. Between getting high in Amsterdam and the beers of Belgium - it is not very uncommon for tourists to completely skip this little gem of International Co-operation.

It is a situation that arose out of a land swap deal during the monarch days of Belgium and the Netherlands. Today, it is one of only few places in the world that has a complicated border. We aren’t talking about town lines or city lines or state lines - this is an international boundary. A mutually respected and internationally enforced border. And it looks something like this. 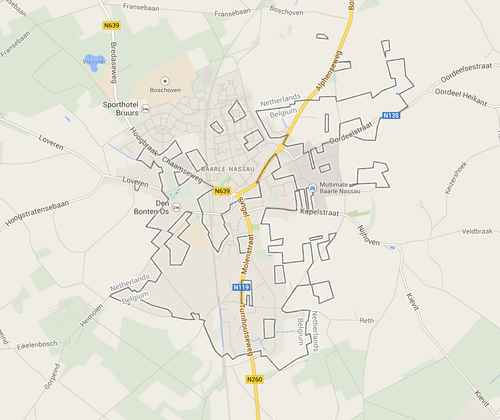 Indeed, it blew my mind too. The twin towns of Baarle-Hertog and Baarle-Nassau (one town to be non-technical), straddle the international border between Belgium and Netherlands. What makes it even more interesting is that there are tiny little exclaves of both the Dutch and Belgium sides - which interestingly enough have another exclave embedded in them.

People assumed where they lived - and affiliated to the country they felt more at home with. This included choosing who they legally paid taxes to. Until 1995 came along, and the government decided to clearly mark the border. It cuts buildings in half, cafes into two and streets into small pieces.

So, where does one legally live if their house is cut in half? Well, its simple - wherever their front door is! Did the Dutch annoy you last week? Just move your front door and move to Belgium. What makes it even more interesting is when you have to decide which house you want to have your birthday bash at? The Dutch or the Belgium house? Maybe the guest can decide for themselves. 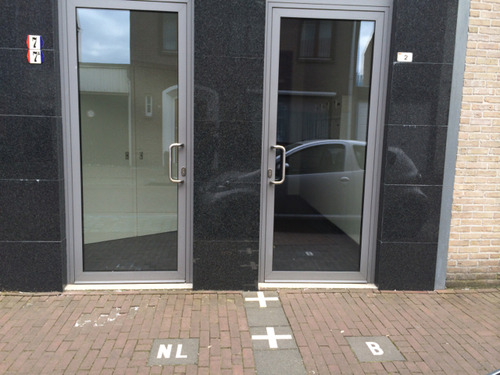 It is truly extraordinary how such an arrangement exists - in harmony. Maybe other countries with border disputes should learn something from the little towns of Baarle-Hertog and Baarle-Nassau.